To receive information tailored for you, select from the below options:

You are now registered to receive the latest updates on events and news at Breakfast Creek Lifestyle Precinct. We look forward to seeing you here soon.

For more information on our brands, upcoming events and bookings, please contact hello@breakfastcreeklp.com.au 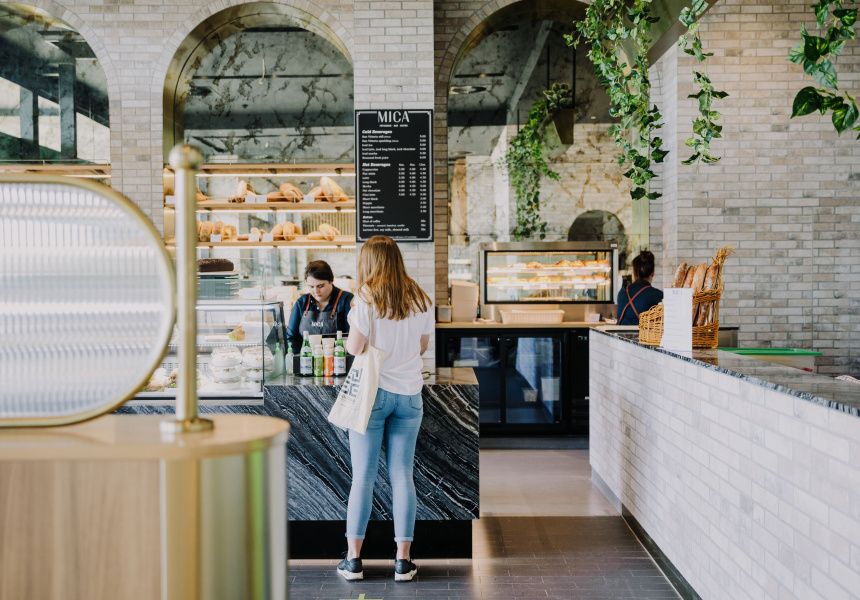 The past two months have been the toughest in Shannon and Clare Kellam’s professional lives.

Tougher than taking over the already iconic Montrachet and turning it into a nationally recognised French restaurant. Tougher than then moving Montrachet to its current King Street location and launching the neighbouring King Street Bakery. Tougher, even, than the Bocuse d’Or chef world championships, in which Shannon has twice represented Australia.

“This has been the hardest thing we’ve ever had to push ourselves through,” Shannon says.

The husband-and-wife team were left exposed by the Covid-19 pandemic. They’d just launched two businesses – production kitchen The Kneadery and their Lumière Events & Culinary Studio – with a new bistro, MICA Brasserie, also on the way. And they were staffed up accordingly, with eight French pastry chefs on the books via sponsorship programs. Suddenly, everything was thrown into doubt. 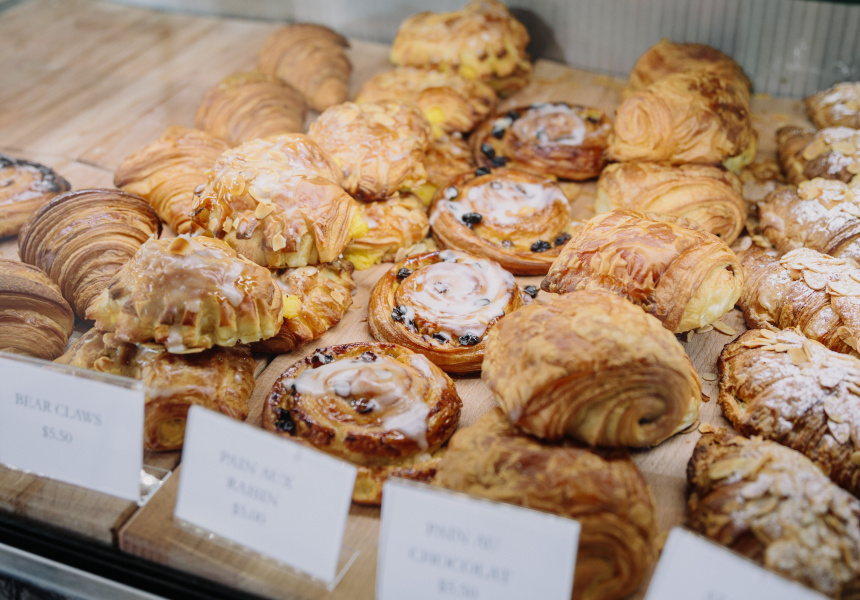 “It’s taken 18 months to put this together,” Shannon says. “[Much of the] team is from France and they’re in a position where they can’t get support from the government and they can’t get home.

“They’re stuffed. But I’m also stuffed. They come from some of the best pastry kitchens in France, so to have them is an amazing feat in itself … they’re engaged across all the businesses. To unravel all of that would’ve been a complete disaster – they wouldn’t be here, they wouldn’t be training the local guys under them. There was a lot at stake.”

But the Kellams also pride themselves on their foresight. By March 16 – a week before the federally mandated shutdown of restaurants, bars, cafes and clubs – they were already working on a Montrachet dine-at-home service (it would launch the same Monday the shutdown kicked in). And they were quick to recognise the potential of boutique food outlets such as King Street Bakery during a time of enforced social distancing.

“Going to a quality bread or pastry shop is one of the few joys you can have in this environment,” Shannon says. “You walk or cycle down with your partner, get your coffee, get your pastries, buy some good quality breads for home.”

It’s for the same reason the Kellams moved forward the opening of MICA Brasserie. Taking up a ground-floor tenancy in the same Breakfast Creek Lifestyle Precinct that’s home to both The Kneadery and Lumière Events & Culinary Studio, MICA Brasserie was unveiled earlier this month in stripped-back form, peddling pastries, cakes and breads to Newstead, Ascot and Hamilton locals.

“That [community] is quite a big portion of our regular patronage at Montrachet and King Street Bakery,” Shannon says. “There’s limited choice in this area for people.”

The venue itself is a looker, a handsome green awning welcoming punters into a space richly detailed with brick, marble and ribbed glass. Up front is an enormous counter full of the decadent hits popular with King Street diehards: pain aux raisins, almond croissants, eclairs and Danishes, as well as savoury items such as quiches, salads, Black Angus beef pies and freshly baked breads. There’s also a new range of vegan sweets that includes vegan pavlova and macarons. The food is helped down by Vittoria coffee and a selection of cold drinks.

Out front, MICA Brasserie might match the modernity of the neighbouring car dealerships but it boasts the same outlook as the forgotten old Breakfast Creek Wharf the precinct replaced, with views across the water towards the Breakfast Creek Hotel.

“There are kayakers and rowers turning up – it’s been a great turnout,” Shannon says. “We’ve been open two weeks and last weekend we did triple the business of our first. We had a line outside for four hours. We’ve been sold out every day we’ve been open.”

Behind Mica’s success, Shannon says, is The Kneadery. The 1000-square-metre production kitchen operates at a scale that allows the Kellams to supply pastries and breads for both MICA Brasserie and King Street Bakery while also churning out hundreds of Montrachet at-home meal kits.

“It’s the way of the future, for restaurant groups to have their own central kitchen,” Shannon says. “It’s an amazing facility. Just the savoury part of the kitchen where we prep for Montrachet and MICA Brasserie is double the size of the entire Montrachet restaurant.

“It made it easier to launch MICA Brasserie and I’ve relieved pressure off Montrachet. That was my goal all along.” 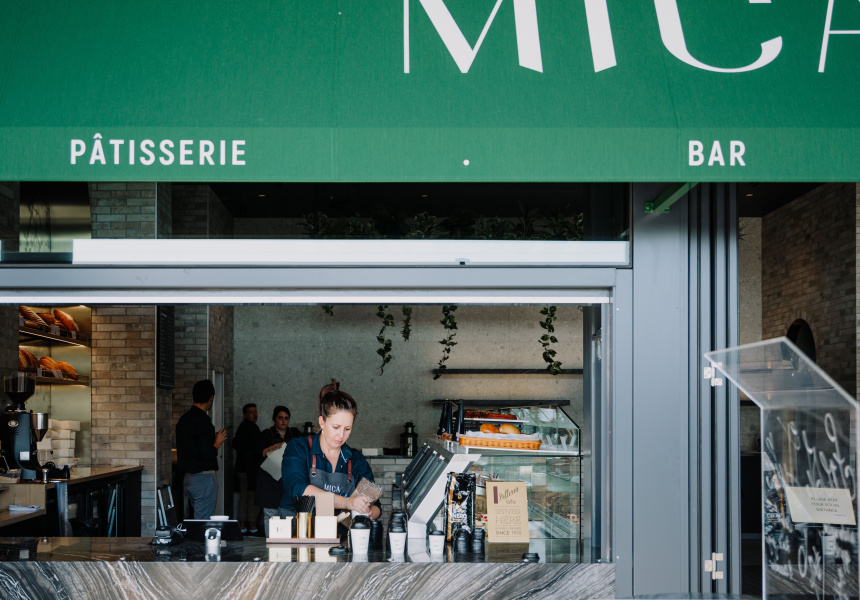 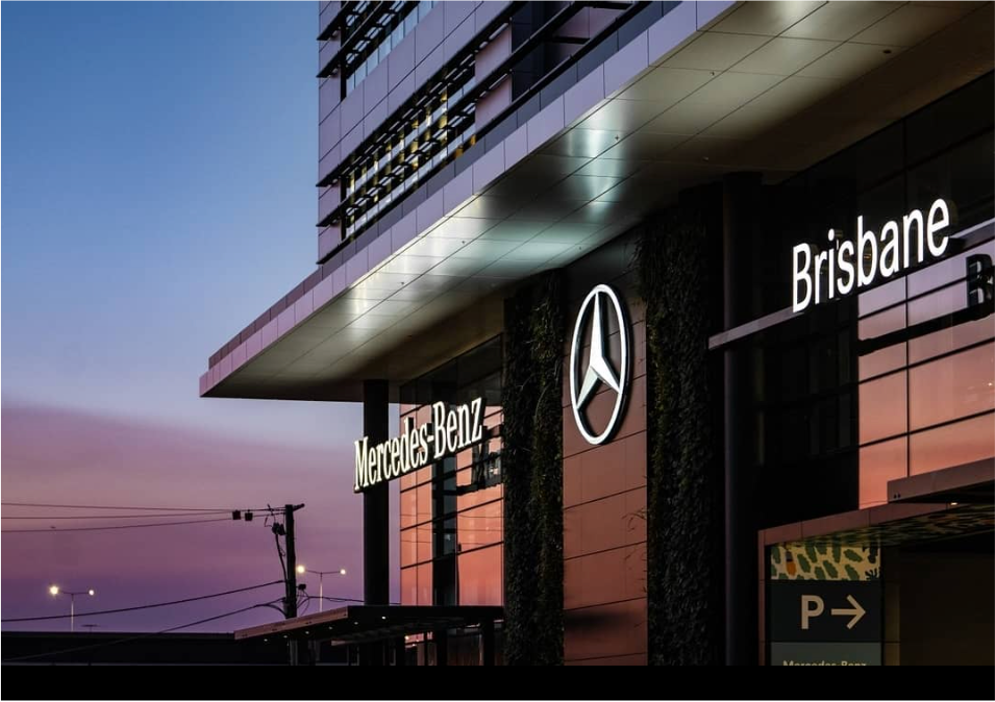 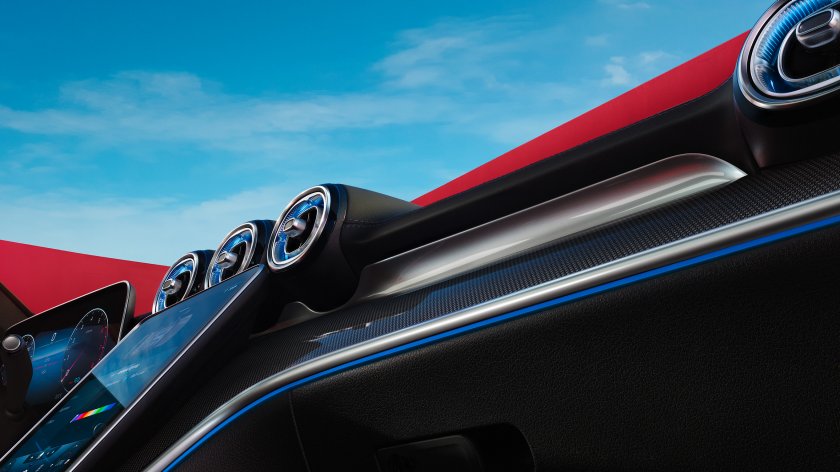 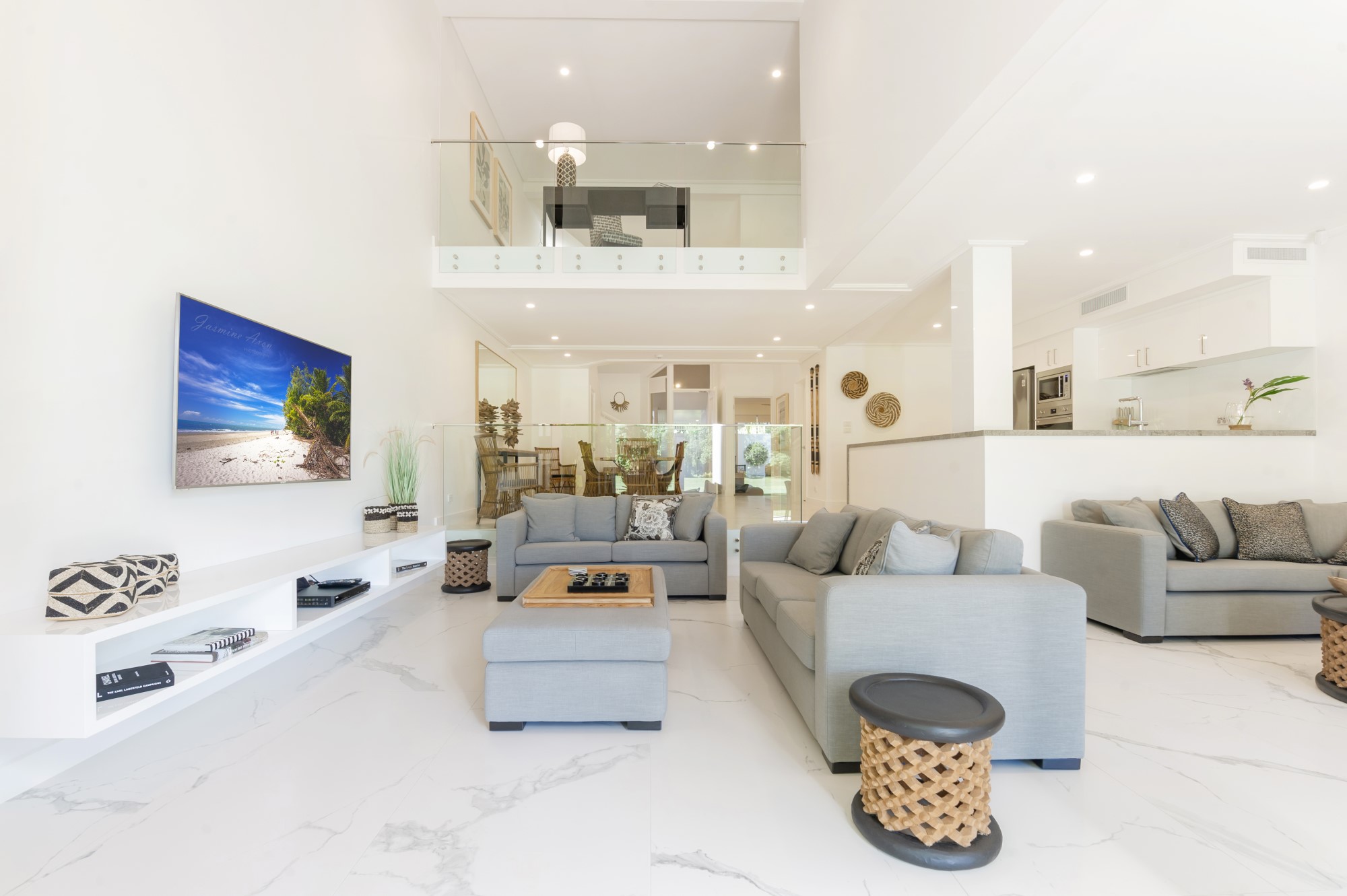